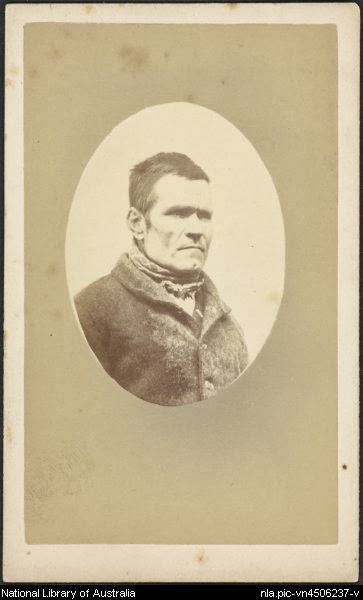 George Langley was sent to trial for murder. police gazette of  27 June 1873.

George Langley was arraigned in the Supreme Court 15 July 1873, incarcerated at the Hobart Gaol and photographed by T. J. Nevin there before he sent to Port Arthur. He arrived at Port Arthur on 9th August 1876 and discharged to freedom on 19th July 1877. 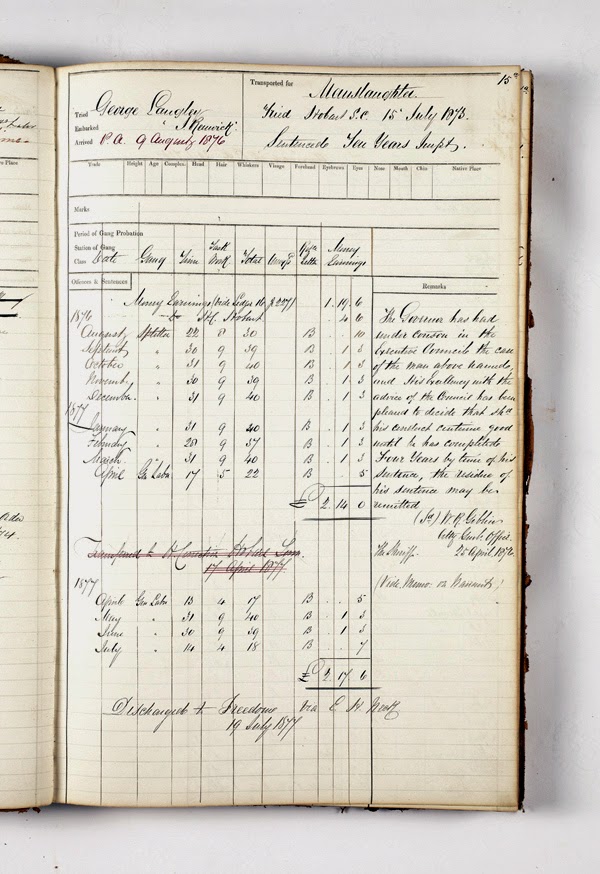 His sentence was remitted in 1877.

George Langley was discharged to freedom from Port Arthur on 19th - 25th July, 1877.

PLEASE NOTE: Below each image held at the National Library of Australia is their catalogue batch edit which gives the false impression that all these "convict portraits" were taken solely because these men were transported convicts per se (i.e before cessation in 1853), and that they might have been photographed as a one-off amateur portfolio by a prison official at the Port Arthur prison in 1874, which they were not. Any reference to the Port Arthur prison official A. H. Boyd on the NLA catalogue records is an error, a PARASITIC ATTRIBUTION with no basis in fact. The men in these images were photographed in the 1870s-1880s because they were repeatedly sentenced as habitual offenders whose mugshots were taken on arrest, trial, arraignment, incarceration and/or discharge by government contractor, police and prisons photographer T. J. Nevin at the Supreme Court and adjoining Hobart Gaol with his brother Constable John Nevin, and at the Municipal Police Office, Hobart Town Hall when appearing at The Mayor's Court. The Nevin brothers produced over a thousand originals and duplicates of Tasmanian prisoners, the bulk now lost or destroyed. The three hundred extant mugshots were the random estrays salvaged - and reproduced in many instances- for sale at Beattie's local convictaria museum in Hobart and at interstate exhibitions associated with the fake convict ship Success in the early 1900s. The mugshots were selected on the basis of the prisoner's notoriety from the Supreme Court trial registers (Rough Calendar), the Habitual Criminals Registers (Gaol Photo Books), warrant forms, and police gazettes records of the 1870s-1880s. The earliest taken on government contract by T. J. Nevin date from 1872. The police records sourced here are from the weekly police gazettes which were called (until 1884) Tasmania Reports of Crime Information for Police 1871-1885. J. Barnard, Gov't Printer. 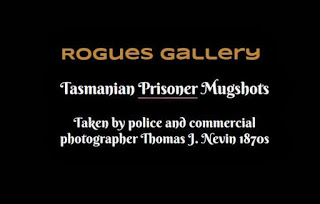 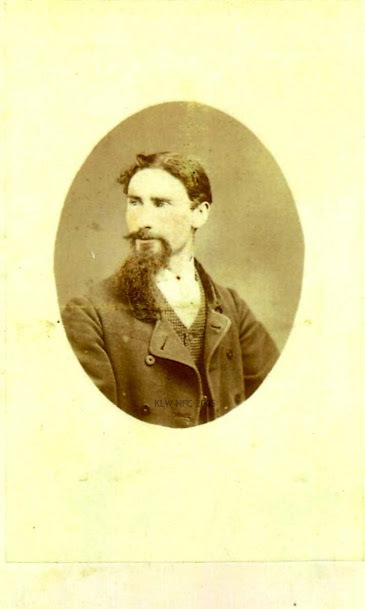 BIOGRAPHY: Professional photographer Thomas James Nevin snr (1842-1923) produced large numbers of stereographs and cartes-de-visite within his commercial practice, and prisoner identification photographs on government contract. His career spanned nearly three decades, from the early 1860s to the late 1880s. He was one of the first photographers to work with the police in Australia, along with Charles Nettleton (Victoria) and Frazer Crawford (South Australia). His Tasmanian prisoner mugshots are among the earliest to survive in public collections, viz. the Queen Victoria Museum and Art Gallery, Launceston; the Tasmanian Museum and Art Gallery, Hobart; the Tasmanian Heritage and Archives Office, Hobart; the Port Arthur Historic Site, Tasman Peninsula; the National Library of Australia, Canberra; and the Mitchell Library, State Library of NSW, Sydney. Thomas J. Nevin's stereographs and portraits are held in public and private collections in Australia, New Zealand, the USA, the United Kingdom, the Netherlands, Denmark, and Switzerland.

Thomas Nevin's extant prisoner identification prints and cartes-de-visite in oval mounts - "mugshots" - were taken between 1871 and 1888. The public collections consists of 350+ estrays from more than 2000 photographs taken of prisoners in Tasmania by Thomas Nevin and his brother Constable John Nevin. The National Library of Australia currently holds 87 photographs, the State Library of NSW holds 13 photographs, the Queen Victoria Museum and Art Gallery holds 112 photographs, the Tasmanian Museum and Art Gallery holds more than 50, and the Archives Office of Tasmania holds 10 originals and 100 or so paper copies of the QVMAG collections. A dozen or so are held in Private Collections.

DISCLAIMER: We have not voluntarily contributed to any publication which supports the misattribution of Nevin’s prisoner/convict photographs (300+ extant) to the non-photographer A.H. Boyd, nor do we condone any attempts by public institutions or private individuals to co-opt the work on these Nevin weblogs to apply the misattribution.

DISTRESS ALERT: Images on this weblog represent deceased people, including Aboriginal and Torres Strait Islander people. Viewing such images may cause sadness and distress. 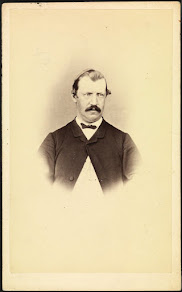 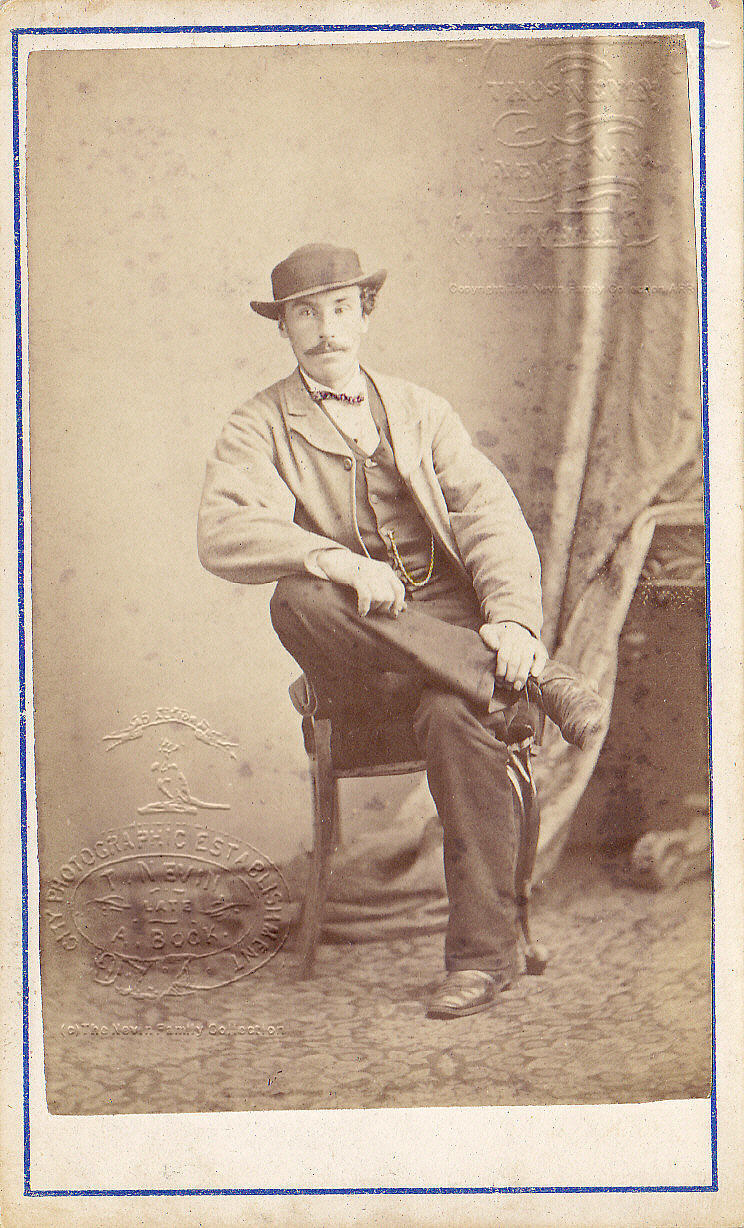 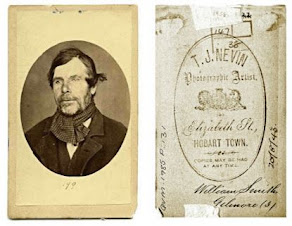 The Nevin collection at the State Library NSW

From the KLW NFC Group